While my project has changed, I am still trying to figure what the UI of my website will be. City plans tend to be static and insipid unless you are a city planner/architect/urban designer in which you start critiquing it. But I am getting ahead of myself. Currently as it stands my project will try and understand the connections between cities and infrastructural projects such as dams. My test site is the town of Norris in Tennessee built by the Tennessee Valley Authority. Today, parts of Norris are on the National Register for Historical Places. In trying to bring out connections between cities and infrastructure, I think it is important to bring out human stories. I anticipate using photographs (from the Library of Congress FSA collection) to think about the urban form. One of underlying aspects of my project is to try and analyze Norris for what it is — a model company town that embodied a certain utopia.

So then what is the story? Simply put the story is to try and think about the relationships between cities and infrastructure through people’s lives.

The chief architect of the Norris idea was TVA Chairman Arthur Morgan. On paper, Earle Draper, was the town planner. The immediate purpose of the town was to house the workers building Norris Dam about four miles away on the Clinch River. The second subliminal goal might have been to show America that how cooperative living might work.

The houses in Norris were supposed to be built on a modest and tasteful scale, with an eye to community as much as comfort. In design, they were to balance the traditions of the Tennessee Valley (building materials of natural stone and native cedar, and a porch on every house) with modern conveniences. It is important to remember that at the time of its construction, the region around Norris was less than 10 percent electrified. Norris on the other hand was to be fully electric, with ceiling heat and refrigerators in every home. 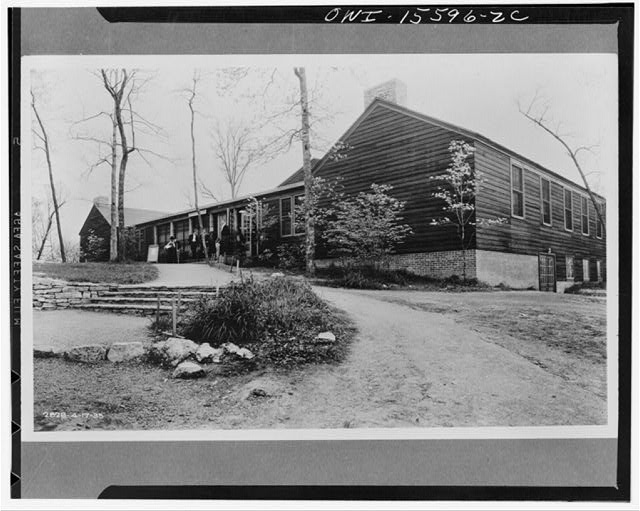 Norris was also supposed to be a completely walkable town. Modelled around the garden city concept, the town would be surrounded by a buffer zone of protected, undeveloped forest that would keep the ugly outside world at bay. Thus the people of Norris would in theory be able to visit their neighbors, walk to school, the grocery store etc—all without getting into a car.

As I research though I am beginning to think about the user experience. Right now my idea is to create a website where users can use the city plan to navigate the lives of the people who lived in the town through clickable icons. In addition, longer essays would be cross linked. One of the ideas I am kicking around is to create a 3D model of the city plan that users could interact with on the website.

However, I am looking for new ideas, so any ideas would be most welcome!